I was talking to Sirupsen on MSN on the subject of simplicity a few days ago. We both agreed that we liked simplicity, yet when we were giving examples, it became clear that we certainly didn't even have the same definition of simple.

The biggest contrast came when we discussed Linux distros. I used Ubuntu as an example of simplicity, while he used Arch. Two very different distros both in their aims and their implementation. One of Arch's main stated goals is even simplicity. Yet Arch certainly wouldn't count as simple under my definition. And Ubuntu wouldn't count as simple under his.

So, what exactly are these two different, often conflicting, views of simplicity? They're technical simplicity, and usability simplicity. Arch's, technical, simplicity, involves having less. Less done for you, less to install, less to go wrong. But this doesn't nessecarily lead to a simpler user experience. Some of the things they cut out, drivers for certain wireless cards, a GUI, etc are now going to need to be manually installed. Perfect for people wanting total control, not very good as far as an easy install goes. 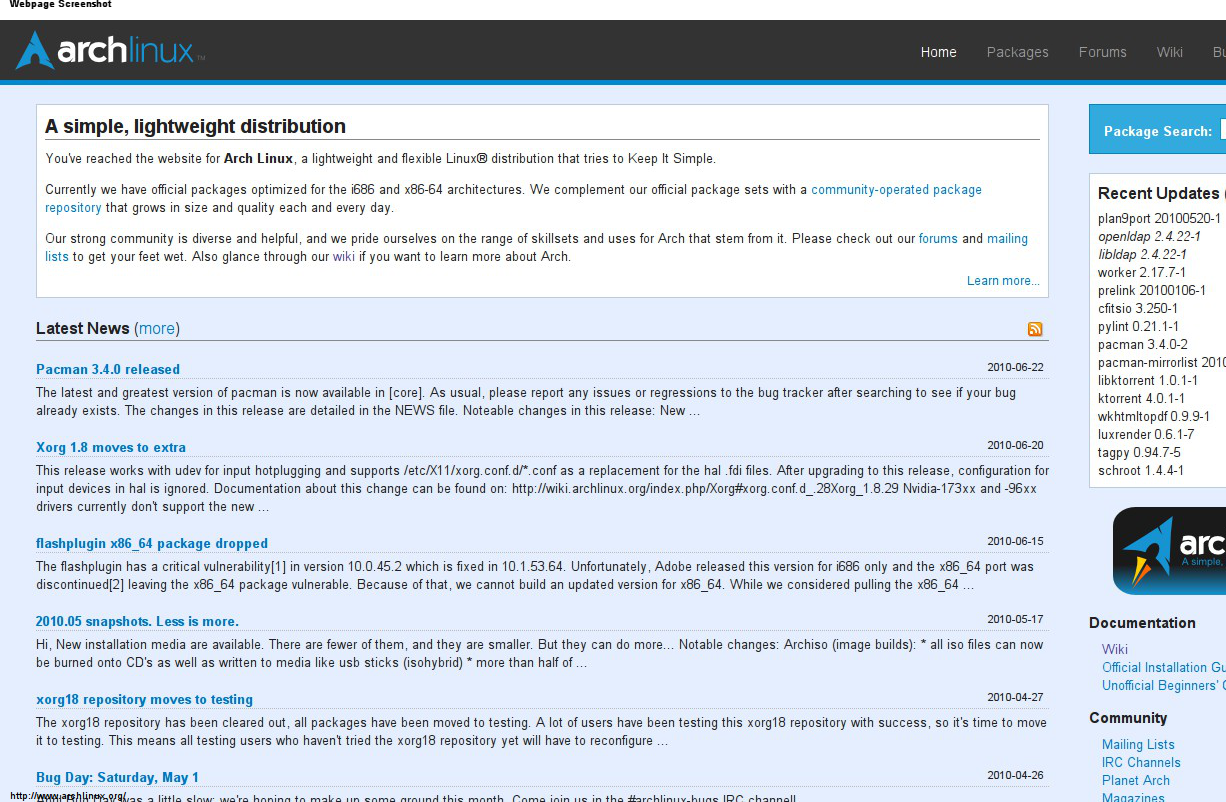 Ubuntu on the other hand is aimed around user simplicity. It's as close to "Press the big buttons" as Linux gets. However, all this user simplicity involves a compromise on the technical simplicity. While it's much easier for the user, the average Ubuntu install has quite a bit more in it that the average Arch install. Some of it is the stuff that you would install anyway - the GUI, a browser, etc. However, it also has three package managers - one GUI, two CLI. The average user won't know about the two CLI ones until they are told about them, so they don't bloat the user experience, but to the technical simplicity crowd, this must seem very wasteful, especially one compared to one on Arch (just pacman). Other things, like the network settings, are done using GUI config tools. And sure, CLIs are normally more efficient, but anyone who says editing wpa_supplicant is easier than the settings panel of wicd or NetworkManager is just bluffing.

This article probably shows that I do prefer the Ubuntu emphasis on simplicity of use, rather than technical simplicity. It is possible to have both, but for the most part, that magic of "it just works" takes away from the technical simplicity. Sometimes they align: Twitter is a good example of something that everyone agrees is simple. But other times, like the Linux distros, they don't. So, which do you prefer?

[EDIT: Arch vs. Ubuntu is just an example. I'm not deliberately picking on Arch again (unlike last two times), but it just happened to be an easy example]