I was helping someone who is just beginning to program over the past few weeks, and it led me to actually write a blog post I'd been saying I should write for a long time, about how I got where I am today as a programmer. This is mostly from memory, so some of the timing may be wrong.

My first experience with anything even close to programming was when I was around 12. I had gone through all my mum's ECDL stuff for MS Office years before, and there was one program in Office on my then computer that wasn't even mentioned - Frontpage. So I got bored one day, and decided to check what it was. I gathered quickly enough that is was for making websites, and I sort of got parts of it, but I had to get a book from the library to figure it out fully. Armed with this newfound knowledge, I managed to make a basic website, a horribly primary-coloured frame-filled website, but a website nonetheless.

Of course, my instinct was to show it to people, so I found out about Angelfire for hosting from an even older book, and uploaded it, then showed it to people online. Needless to say, people didn't like it very much. But a few people did give me some somewhat useful advice, to drop Frontpage. They mentioned something called Dreamweaver as being better, and also suggested learning HTML. Which I did, until eventually I was using Dreamweaver as a glorified text editor.

Meanwhile, looking for the next thing to do, I decided to learn actual programming, in the form of Java. In retrospect, not the best choice of language for starting out, but it was one of the few that my local library had books for. The other alternative if I was to stick to library books was Visual Basic 6.0, so it was definitely the better of the two options. I went through the whole book of Java All-In-One for dummies, went through it, did all the examples, got to the end, and wrote a little Java clock applet for my website. I was so happy with myself, that I decided to go even further, and my next plan of a project was to make a Simcity clone in Java. Unsurprisingly, that didn't work out too well, and the failure put 13 year old me off programming for a while. 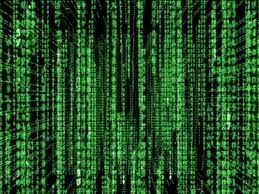 By this stage, I had long cured any illusions of coding being anything like the Matrix

The next time I came into contact with programming was when I was running a forum with a few friends. It ran off phpBB, and when installing mods, I noticed that all I was doing was editing programming code, which was kind of familiar. I looked into it a bit more, found out about PHP, and then quickly learned that. It was significantly easier to learn, both because it was my second language to learn, and also because languages with weak dynamic types are easier to learn in my opinion.

Of course, the problem with learning PHP, especially if you use the phpBB 2 code base as your example is you pick up bad habits. Now there's nothing inherently wrong with the language nowadays, but this was the PHP 4 days, with it's half-assed attempts at OOP. On top of that, something that is still a problem today is the amount of bad material floating around. Now, this is a problem with any language, but given PHP's large userbase, and popularity with hobbyist coders, it's far more pronounced in PHP than others I have used. So code found on the internet is ripe with a lack of care towards seperating output and processing, full of SQL injection holes, and often even relying on register_globals. But this isn't anything new. But it does lead me to recommend to everyone trying to get a good book. I started with this one, and while it did help me learn PHP, it set me back a long distance in terms of proper coding practices. Eventually, I got this book to learn how to code properly in PHP.

Around that time I started reading programming blogs, and found out about source control, in the form of Subversion, a rather important topic that no programming book seems to mention. Seriously, apart from Code Complete, which mentions it in glancingly a few times, the only book on my shelf that explains source control at all is the Linux Bible, 2009 edition. And that's talking about CVS. Now for all Subversion's faults, any source control is better than no source control. Later I was introduced to git and DVCS in general by some friends, and it's now my preferred form of source control (git for all Linux projects, hg if I have to work with Windows users). It didn't exist at the time, but for anyone looking for a good DVCS tutorial now, I reccomend Joel Spolsky's hginit. Even if you plan on using git or another program afterwards, it's the best basic explanation of the concepts of DVCS I've seen. 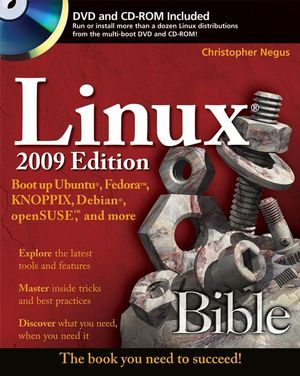 This was the only book to mention version control. Going back to my own journey, after that time in PHP, and several ill-fated projects, countless attempts at building a forum, a incomplete social network, and a completed, if basic, social network that I failed to get anyone to join, I moved on to Javascript. I spent ages messing about in that, making small scripts to move things around, before getting more ambitious. Yet again, I returned to the idea of a simcity clone. Given that this was before canvas became well supported or known about, the core of the program used a 200x200 table for the game's grid. It was every bit as slow as that sounds.

After a while of this, I returned to trying to make GUI desktop apps. I know, I know, many considering this a step backwards from web apps, but at the time, I couldn't think of many examples of web apps that had progressed of the "Oh, that's mildly interesting" stage. I had used Swing before, in my failed Simcity game, but wasn't particularly impressed by it. I gave SWT a go, before giving up again. I guess my problem with GUI apps resolves from my desire to control every last detail, compared to the designer-tool-centric design of most of the GUI toolkits. Somewhat bored with GUI apps again, but also bored of the general dislike of my main language, PHP, I went on a quick tour of several languages, including C#, C++, Ruby, Python, Ruby again, before finally deciding on Python as my new favourite.

Around this time, I switched to Linux as my primary OS. I'd tinkered with Linux for a while before this, but had always been too used to Windows to actually make the switch until then. Since then, Windows has been mostly relegated to use for gaming and iTunes.

I spent a while coding in Python, before going on a short hiatus from programming for a while, being somewhat bored as all the languages I learned being roughly the same at this stage, and no new ideas for a project to keep me interested. Projects are another thing I recommend to anyone starting to teach yourself programming, as even the failed ones or ones you get bored of are a good learning experience, especially if you have others looking over the code.

After a while, I decided to learn a less mainstream programming language, and after a quick straw poll on Twitter, Haskell emerged the winner. Luckily for me, Haskell has a good beginner's tutorial, Learn You a Haskell. I've heard it described as like Why's Poignant Guide, but it's not really. It's much more to the point which works for me (I'm sorry to say I found Why's Guide a rather boring read, having too much unneeded meandering with stories. But I accept it's good for others). It is a rather basic tutorial, but there is also Real World Haskell for when you need to go further, even if it isn't as well done.

And now, my current project is to write an IRC bot in Haskell to learn Haskell better. I'm still learning and improving, and it's going to be a handy headstart for college that I have all this done already, so the story goes on. If you want to hear more about me, you can always read more of this blog, or follow me on Twitter.

So yet again, I am starting a blog. I've tried general blogs before and never stuck at them, but since I've done a few smaller blogs, internal to forums and stuff, and managed to stick with them, I think the time is ripe to have another go. I'm not limiting myself on topics which I'll post on, but they'll probably all end up being on the same topics.

So I suppose I should start with a bit about my interests.

So that's about it for now. Enjoy the blog, anyone who decides to read it. The title is Macha Mackha, after the username I wanted, Macha (based on the cat in .hack//sign) and the username I took (Machka)1 because Macha was taken. I'm not usually a fan of anime, but I really liked .hack//sign.

At the time this post was written, this blog was hosted on wordpress.com