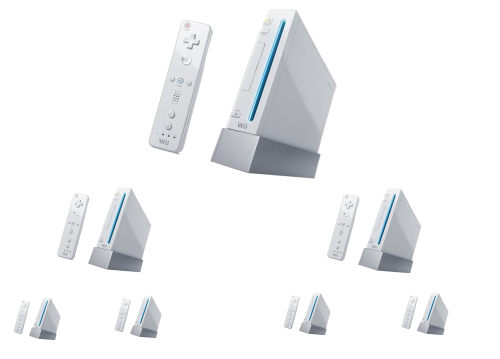 The Wii. A console that half the world 's gamers love, and the other half think is a waste of money. Having outsold every console ever, many declare Nintendo the ultimate success but how many people still play it after buying it? Nearly everyone I know has a Wii. Only one of them still uses it. My Wii is slowly gathering dust, even when my 360 was out of action.

So if no-one enjoys the Wii, how has it managed to sell so well? It happens like this.

And on it goes. This hasn't been helped by the amount of games sold for the Wii, with no considerations given to replayibility. Don't get me wrong, there are some great games for the Wii, but the majority of the games aren't good for anyone except the most casual gamers.

I know I'm not the only who thinks this. The President of Epic Games (the company who created the Unreal Engine which is used in many games and the games Unreal Tournament and Gears of War) described the Wii as a virus.